Fanø is for children

Fanø is a perfect holiday spot for families with children. We have room for children whether you stay in a summer cottage or at a campsite.

The beach is the big attraction. There are plenty of shallow water where even small children can have fun. Of course, under the supervision of the parents. The North Sea is an open sea and although the beach on Fanø is well protected by Horn's reef, you need to be aware if you move out into the sea.

The beach at the northern end of Fanø is very wide, in some places more than 1 km wide. There is plenty of room for everyone, even if the kids want to play ball, build sand castles, fly kites or other games. It is allowed to drive by car on large parts of the beach, but we do not experience any problems. Motorists drive slowly and pay attention.

Ca. 2 km south of Rindby Strand is the so-called "Buggy Beach". It is a marked area where surfing and beach-crusing is allowed. In the area there are schools that teaches riding the blokart. It only takes approx. 10 minutes to learn and children as young as 9-10 years can join. Smaller children can also join, there are 2-seat blokarts, so the smaller children can ride w9ith an adult. It's a great experience to cruise along the beach with the wind as the engine.

The seals is a  big attraction on Fanø, for both children and adults. There are hundreds of seals around Fanø. In the harbor of Nordby there is a small colony of seals. The small sand bank is flooded at high tide, so the best chance to see them is when the water level is falling.

Southwest of Sønderho is the large seal bank. Here there are hundreds of seals, most during summer. From here you can get on a seal safari with a guide. The seals are the big attraction of the trip, but being able to go 1.5 km out into the North Sea on the dry seabed is in itself a fantastic experience. The guides tell about the nature and do activities with the children.

The best way to experience Fanø is by bicycle. The distances on Fanø are short and there are bike paths on most stretches. You can safely take the kids on a bike ride to the beach or to forrest. Many also bike on the beach itself. The part of the beach, which is farthest from the sea, is firm and hard and just as good to cycle as a bike path. You can cycle all the way from the cottage areas at the northern end of the island to Sønderho to the south.

The Forest playground is probably the most popular place on Fanø for children. It is located in a beautiful nature area in the middle of the island. There is plenty of room to play, both in the playground itself and in the forest surrounding it.

The playground consists of a wide variety of play equipment made from materials from the forest. There are obstacle courses, climbing tools, fantasy figures and various games. In Sherwood Forest there is the opportunity to play Robin Hood and his merry men.

Early in the morning and at sunset can experience both rabbits and deer very close. From the window of the cottage you can see the animals playing and looking for food. There are many thousands of rabbits on Fanø and you can see rabbit holes everywhere in dunes and cottage areas.

The Big Five is a treasure hunt for the whole family. On the treasure hunt you have to climb the highest "mountains" on Fanø and find a post hidden close to the mountain. The route is made as a Geocaching route and is located on the website www.geocaching.com. If you are not a geocacher, it is also okay if you take a photo of yourself and your family at the top of the mountain.

Once found and climbed, Fanø Tourist Office has a prize for all "Fanø mountaineers".

Of course, these are not real mountains, but dunes and the highest peak is 21 m, so everyone can join.

Club Fanø is an activity center for both children and adults. Here there are different activities and workshops: children fromo the age of 3-4 can build their own kite, do a lot of different things in the creative workshop and make their own candles. Club Fanø also does a number of outdoor activities at various locations on Fanø: Seals safari in Sønderho, Blokart School on the beach south of Rindby, Bubble Football and several other activities.

Club Fanø is located at the campsite Rødgaard Camping, which also has an indoor playground, which is especially popular with the smaller children.

One of the really fun activities for children is the museum Fanø Maritime and Costume Collection. Here, a workshop has been set up, where children have the opportunity to learn how to work with ropes together with a real seaman. The children are even allowed to make a piece of crafts. When a wreath hangs on the wall outside the museum, the seaman works in his workshop.

Fanø is an Island perfect for children. 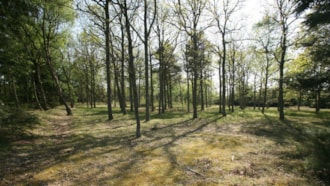